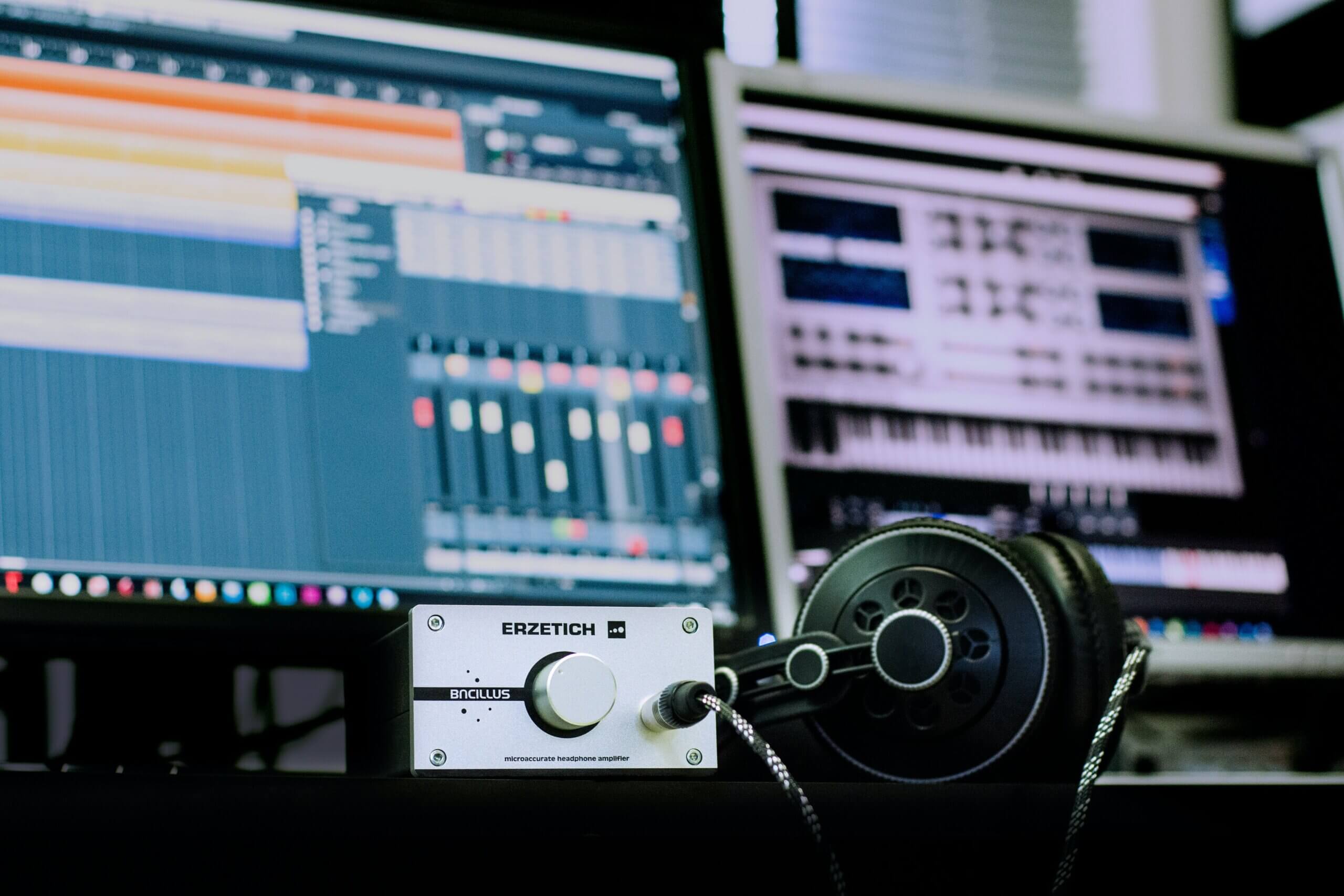 There is some new gear in Musitechnic’s Red studio!

The 1176LN Peak limiter is a classic analog compressor designed by Bill Putnam and introduced in 1967 by UREI (now Universal Audio). It is known for its original tone and vast range of high quality sounds, but also to be a pioneer in audio production for its solid-state technology. For this article, we’ll take a look at the history of the compressor before going through the features available on this audio equipment. In the following article we’ll talk about some of the different ways of using the 1176.

Different versions of the 1176 exist today. Not only was the original version revised through the years but many clones are also available. To keep things simple, let’s just say that the different revisions (there are at least 13 of them!) basically reduced distortion and noise*. Quite a few manufacturers have copied the 1176 in various ways, some staying close to the original, some improving the original design, and some just vaguely inspired by the original. The ‘clones’ mean that you can get a ‘clone’ version for under $2500 (Purple Audio), under $1000 (Warm Audio), or under $500(Klark Teknik). I’m actually surprised Behringer does not have one.

You can even make your own for a few hundred dollars if you are good in electronics and are brave enough. You can also get an original UREI between $2000 and $4000 depending on the version and who it belonged to… If you buy a new 1176 ($3500), Universal Audio and Bill Putnam’s sons manufacture it. Today’s Universal Audio re-issues are based on “D” and “E” models.

As opposed to some hardware compressors and what we see on many plugins, the 1176 is not a ‘multi-purpose’ compressor. As the name “Limiting Amplifier” suggests, the 1176 is not made to compress peaks but to limit them. In addition, the fast reaction time of the 1176 puts this device in the “limiter” rather than the “compressor” category.

Even the compression ratios offered are pretty high, a clear indication of what Bill Putnam had in mind when designing this device: a limiter.It is important to understand that when it came out, there were not many other devices available out there that could “bite” the incoming sound with as much edge as the 1176. Another way of describing how the 1176 operates is to say that it is not a ‘transparent’ compressor like, for example, the LA-2A can be.

Not too many knobs to fiddle with…

Simplicity is important if you are just starting out and are not too sure how to tweak a compressor, and that’s why I love how simple this compressor is. Some plug-ins for example offer so many options they may be daunting at first, not the case with this device: just the body language of the 1176 tells you which knobs you should first reach out for: the “input” and “output” pots are the biggest and most obvious on the faceplate. So, once you understand that this is a limiter with a bite, maybe the “input” and “output” pots are all you need to play with. 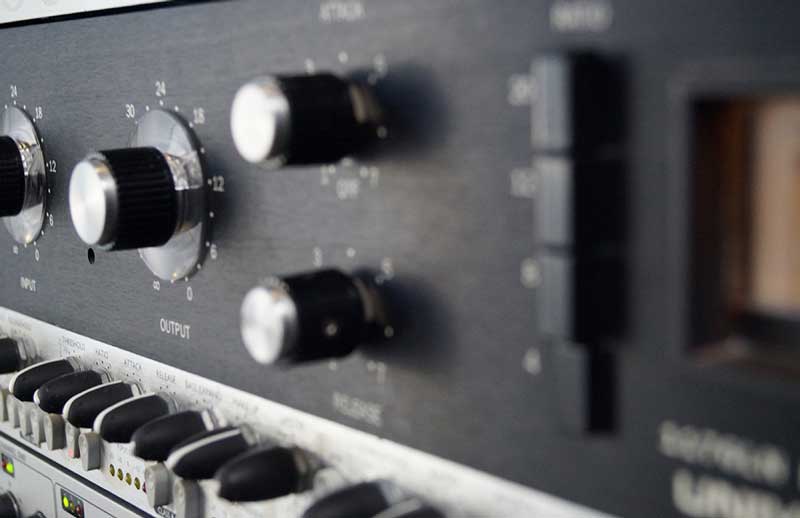 There are only four different compression ratios to work with: 4:1, 8:1, 12:1, and 20:1 (there is also the ”All-buttons pushed” ratio I’ll talk about later). So if you are recording and want slight compression, your only option is 4:1. We can argue that anything above 8:1 is hard compression or limiting. As you choose a higher ratio, the threshold actually increases, like a typical limiter setting.

The 1176 is such a staple in sooooo many studios that it has been featured in soooo many albums that if you are an up-and-coming sound engineer you really need to know this classic device. Sometimes, with my students, I like looking at photos on the internet of random music-studios and seeing how many of them have 1176 in their racks. Just imagine how many hit songs limited their peaks with this baby. Of course, I would recommend you go check out websites like the Universal Audio web page and learn more about the 1176 by reading the user manual available online.  …

* If you are into electronics, here are some of the major changes since the first revision: changes to transistors, power transformer switch between 110 V and 220 V, output amplifier from a class A to a push-pull design, metering circuit use of an op-amp, input transformer replaced by a differential amplifier. If you really, really want to know, check out this link to Universal Audio’s website: http://www.uaudio.com/webzine/2003/august/index4.html