What I learned from my mistakes (Part 2) 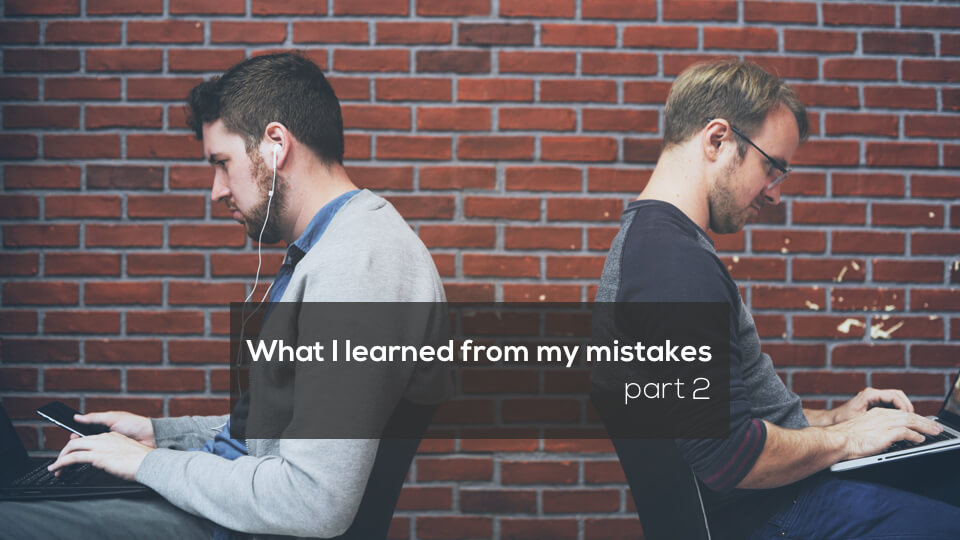 It is easy for a session to become complicated simply because the artist is not prepared. The session can quickly become a nightmare for the sound engineer. However the session can also become unexpectedly complicated because you, as the sound engineer, did not plan everything. This can easily happen because, as a freelance sound engineer, sessions can be very different one from the other and as you switch from one client to the next you might overlook certain details. A session can also become unexpectedly complicated because you are working in less than ideal conditions (such as a remote location recording) or because you panic easily and miss the obvious. Today’s two-part blog is about mistakes, mostly related to on location recordings. If you missed it, here is the link to the first part. Some are mistakes I have personally made, some are mistakes that colleagues of mine have made. However keep in mind that you do not have to make the same mistakes to learn, you can also learn from the mistakes other people have made!

Ideally you should work with a template so you don’t waste time setting up. It is even worse having to desperately try set up your software while the client is waiting. Specially if you do not have much experience, at least a day before your session you should open your software and try to do everything you anticipate the client might ask you to do (set a click track, groups some tracks, punch in on the fly etc), just to make sure you know how to do it. When the client is breathing down your neck it is very easy to overlook the essential. When your client is breathing down your neck you might not notice that a very important box is left unchecked and is preventing you from accomplishing the task at hand.

With software, being able to ‘pull it off’ is one thing but you need to know more than just the basics if you are working with a client. I’ve heard stories of an ADR (dialogue re-recording for a film) where the engineer, unfamiliar with the software was unable to put markers to identify the good takes. The person that had to do the editing was not happy because without these precious notes it meant they had to listen to everything to figure out which takes to keep. I’ve heard stories of an engineer adding sound effects to a session using the audio browser SoundMiner incorrectly. The engineer, unfamiliar with the software, had not set it up well. When the session was opened in another computer for mixing, the sound effects audio files did not follow. All the sound effects were missing. The production team was understandably upset and the engineer was replaced for the subsequent sessions!

7) Be aware of your environment

I was recording ambiances in a foreign country and as I was walking around, recording in the more obscure areas of the city, I did not notice that my presence was not appreciated by some. Headphones on my ears I was so concerned with the sound of my recordings, I was unaware that I had entered an area of the city where drug trafficking was commonplace. With my recording gear, the drug dealers were looking at me suspiciously. The production team had provided me with a local guide and, luckily for me, he was busy talking with them, telling them to leave me alone. I was recording, looking at my levels and saw nothing of it.

Once again I was recording ambiances in a foreign country with a portable recorder. For security reasons I held my recorder close to me as I recorded. Later when I listened back to the tracks in the calm, I could can hear my breath on the recordings. I had recorded a days worth of ambiances that had me breathing on top of them, even though I had placed myself in the rejection angle of the recorder’s cardioid microphones.

Years ago I would not bring my own headphones on a remote location gig chosing instead to use those that were provided. I do not know if it was because I did not want to risk breaking or losing them but I learnt that if you can afford to, bring comfortable headphones with you. Whether you are broadcasting a radio show from inside a restaurant or editing tracks in a hotel room, some headphones can become pretty uncomfortable and sweaty if you are constantly working with them on your head.

Some headphones have a 1/4” jack connector that cannot be plugged directly to a laptop’s 1/8” plug. On location one day I found myself having to always connect the audio interface (via USB) just to be able to plug my headphones into the soundcard. In order to use the computer’s headphone jack (for simple playback for example) I would have needed an ¼” to 1/8” adapter. Many headphones come soldered with a 1/8” jack that clips into a ¼” adapter but they are not always very reliable and some can inadvertenly disconnect easily. I have worked in studios where all the headphones had been resoldered with ¼” jacks instead. The logic being that most professional gear has ¼” headphone outputs so you never need to look for an adapter… unless of course you want to plug your headphones directly into your computer!

When I’m recording ambiances I like to sort and clean up my sounds before too many accumulate. To avoid having to open your DAW everytime you want to do some simple editing it can be a good idea to make sure you have a basic stereo editor software in your computer. Opening ProTools just to edit a stereo sound is annoying, if only because of the iLok. I have an old version of Peak on my Mac that I use for that purpose.

There is no limit to how many silly things can happen on a gig. One thing is sure: the more mistakes you make, the more foolish you feel, the better the chance you have of remembering never to do that mistake again. It is important to remember to check the basics: is your device turned on? Is your plugin bypassed? Check the basics especially if you are working under stressful conditions. Learning to perform well under stressful conditions is what will make you a professional.