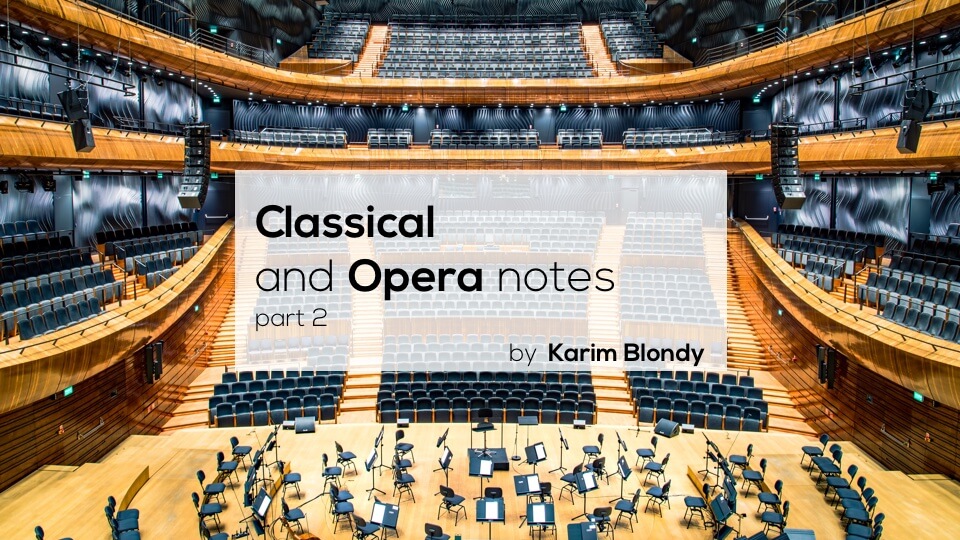 Most of the upcoming sound engineers I talk to come from a pop (rock, hip-hop, electronic…) music background and are rather unfamiliar with the world of so-called ‘classical’ music. Like in many fields, if you do not have an understanding of the basic notions, vocabulary, rules and conventions, just by the way you talk and proceed, those around you can tell if you are in your place, or not. In a world where confidence is key, they need to know they can trust you and your ears. I am going to share with you some of my observations from my first experiences as a sound technician working with ‘classical’ musicians. Last time I looked at some basic concepts, today I’m focusing more on the actual recording session.

Whereas in pop music you generally need to be mono compatible, ‘classical’ music needs to be sound good in stereo and mono compatibility is generally not a concern. The direct consequence is in your stereo microphone placement. Spaced microphone pairs (also called AB) tend to be preferred in ‘classical’ music over mono compatible coincident techniques (like XY or MS). Spaced pairs tend to make the music sound more pleasant as the sounds arrive at different times at the microphones and the listener feels the sense of space. Coincident stereo microphone techniques on the other hand are more stable, more faithful, tighter, more analytical but also harsher and less spectacular.
Even though in theory a pair of microphones is all you will need, for various reasons additional microphones may be used. For instance the harpsichord or the harp might get lost in the orchestra and an additional microphone will used just for that instrument. This microphone, called a ‘spot mic’, will then be added to taste to the main stereo pair and panned to reflect the instrument’s position in the orchestra.

2) Opera singers: setting the gain during the rehearsal

On the subject of opera, there are some challenges that come when working with opera singers. Whether it is a concert you are recording or just a studio session, you won’t get many takes from the singers. If it is a concert, use the rehearsal to set your preamplifier gain and bear in mind that the singers are probably not giving their full potential, keeping their voices and energy for the concert. Sometimes when recording a concert, you may not even get a rehearsal to calibrate your gains, as the orchestra, conductor and singers may need the rehearsal time to work out some other issues. Leave plenty of headroom so your preamplifier does not clip during the performance. If it is a studio session, you should do some rehearsals during which you set your gain but let the singers keep their energy and full potential for the real takes. You will probably not get more than three takes from the singers.

Whether it is a concert you are recording or just a studio session, you have to use very clean preamplifiers that allow a wide dynamic range in order to have enough headroom to accept loud peaks. For example, in a pop session, your general level might be modulating at -20dBFS with your peaks at -10dBFS, whereas in an opera session your general level might be at -40dBFS and your peaks at -10dBFS. That is why the microphones and preamplifiers used in a pop session might be too noisy for a ‘classical’ session.

In theory a recording session has a producer, someone in charge of calling the shots. The producer knows the piece being recorded and can give comments on the sound you are picking up: maybe an instrument is not loud enough, maybe the stereo field is too wide, maybe there is not enough reverb. The producer can ask the musicians to redo a take of a particular section of the piece. The great thing about having a producer is that they are responsible. Sometimes, if the musicians hire you to record, there may not be a producer and the responsibility falls upon you. That means you may need to read music and the score may be complex with many staves for many different instruments… It is very helpful if you read fast enough and can follow the musicians, you can takes notes on the score about the different takes and that will be useful when you do the editing. 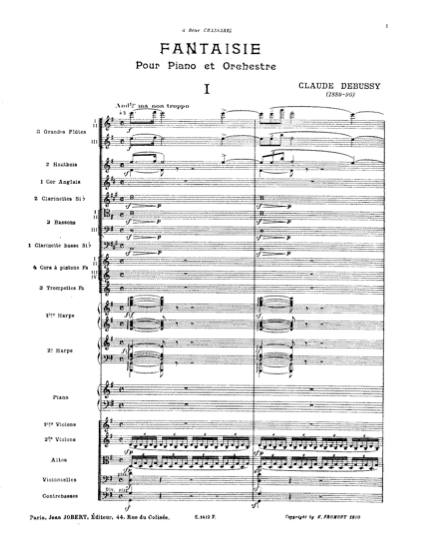 Here are two bars of an orchestral score. The instruments are written to the left of the score.

The larger the orchestra, the more expensive the session. Musicians may be unionized and will probably not want to spend an extra, unpaid hour to redo some less-than-perfect parts of the piece you are recording. In the case of concerts, there may only be one take and if some parts were not executed perfectly you can potentially save a recording if you also recorded the general rehearsal (assuming there was one!). The rehearsal you recorded will give you another take (or portion of a take) to choose from if any editing needs to be done and, if you save the recording thanks to this, you will be a hero. That means you need to setup fast, before the musicians arrive and start rehearsing. If there are any adjustments to be made on your part (microphone choice, microphone placement…), do them fast so you can record as much of the rehearsal as possible. Record everything. Don’t wait until the last second to hit ‘record’. Also do not be in a hurry to hit ‘stop’. Leave a lot of time at the end of each recorded take in order to capture the reverb tail. I make sure the musicians make some noise or start talking at the end of a take before I stop the recording. Do not be fooled by some contemporary music which may include silences or ‘weird’ sounding parts that you may think are not part of the score.
If you are recording a concert, before the orchestra starts playing, record a room tone of the concert hall with the audience. You may need it for transitions. If you need to use the recorded rehearsal, you may also need to add the audience ambiance to make it ‘fit’ with the rest of the recorded concert performance.

Smaller recording budgets these days means the music is often recorded section by section rather than from beginning to end. Rehearsals are expensive and producers may sacrifice them when planning out their budget. This puts more pressure on the musicians and therefore more pressure on the sound engineer. In your DAW, you would typically need to place clearly identified markers that you can quickly go back to, as you may also need to do some quick edits. It feels like the producer’s logic is that it might be cheaper to spend some time in the studio editing the different sections of the recording once the musicians are gone rather than to try record the entire piece.

I do not mean you should pretend to know ‘classical’ music. In the competitive world of audio engineering it is a pity to turn down a ‘classical’ gig opportunity just because you are not familiar with the genre. As always, the key is doing your homework: listen to the music. I go to the library and borrow different recordings of the same piece (different orchestras, different recordings). I read the liner notes that accompany the albums. They are generally very informative and actually serve as valuable guides as I do some critical listening with a good pair of headphones. Nothing beats the real deal though: go to see your local symphony orchestra play and hear for yourself. Most orchestras try to attract a young audience by offering them big rebates so there might be a good deal waiting for you.