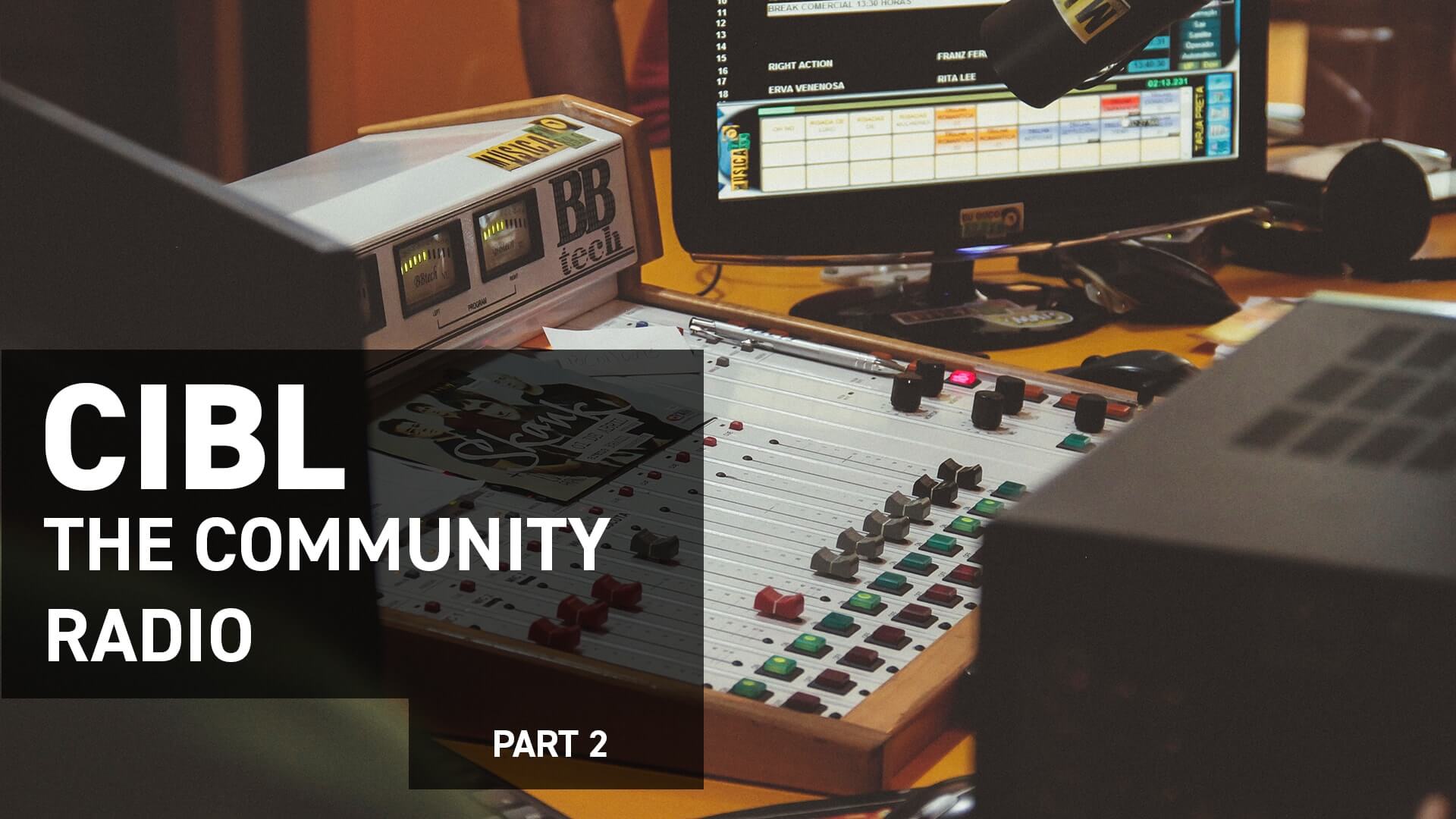 Among the classes offered to Musitechnic students is one on radio broadcasting that takes place at the Montreal radio station CIBL. The community radio station has a new General Manager, Arnaud Larsonneur and I took the opportunity to talk to him about how the radio broadcasting world has changed over the last few years.
Here is your chance to learn more about it for those students who often ask me questions about radio broadcasting and would like to pursue a career in it. Last time we looked at the particularities of radio, the role that a community radio plays and the difference between commercial and community radio. This time, we will look at the challenges facing radio in general as well as the importance of audience ratings for CIBL.

The move of listeners towards Internet has made it necessary for radio stations to broadcast on the web today. That definitely does not mean giving up traditional broadcasting on the FM band, as Arnaud confirmed it in the last blog, radio is still pertinent in 2017 but what are the challenges stations face?
About the crisis that the traditional media (radio, television, written press) is going through Arnaud notes that the “technical oligopolies” are collapsing. “It’s difficult to launch a newspaper or a television station, even a radio, you need a certain amount of capital”. Then you add the technical complications and only those who have the financial means and technical know-how can become a media. The advantage of broadcasting on the Internet. The “technical oligopolies” are suffering today because Internet offers a lot more choices, but they are also suffering from the fact that anyone can become a media. The written press has suffered, some like newpapers VICE and LA PRESSE have managed to pull it off better than others. Television is in trouble, in part because of Netflix. “Radio is holding. The golden age of advertising is gone but is has not collapsed”. Arnaud believes that as long as there will be bathrooms, kitchens and that people will listen in their cars, there will be morning shows and afternoon shows. He plans for some form of a radio version of Netflix to appear and that, he says, will disrupt the game. With self-driven cars, the ‘driver’ will be free to do something else than listen to the radio. “The big networks are going to be hurt” he says. Apparently radio will live its crisis a few years later than the rest of the media. To survive, community radio must reinvent itself, because a broadcaster and producer of content. Arnaud believes that survival comes with the creation of a strong identity and that CIBL might seem fragile but that can be turned into flexibility. He cites VICE, the newspaper-now-producer, a an example of an awesome mutation. Vice became much bigger than they could have had they stayed a printed-paper.

Not being a commercial radio station who needs to make money one could think that audience ratings do not matter for a community radio station. Arnaud disagrees: “we broadcast for listenenrs, it is normal to want to know how many they are. It does not make sense to broadcast not knowing if someone is listening. I always tell those who are on the air that it is easy to forget the listeners. You are not amongst yourselves, speak to the listeners, it is easy to forget that too”, especially when you are not a professional host. CIBL’s ratings are now measured by Numeris, which was not the case in the past. “It is comforting to know our audience is growing but we are far from being able to use those ratings for commercial purposes”. Arnaud is fully aware that you cannot please all the listeners, all day long, but “you have to think of the person for whom you are broadcasting, and that influences the program’s conten”.

CIBL is always looking for new talent and great ideas so if you would like to get involved and gain some technical experience get in touch with them.