The conductor, a meeting with Francis Choiniere (part two) 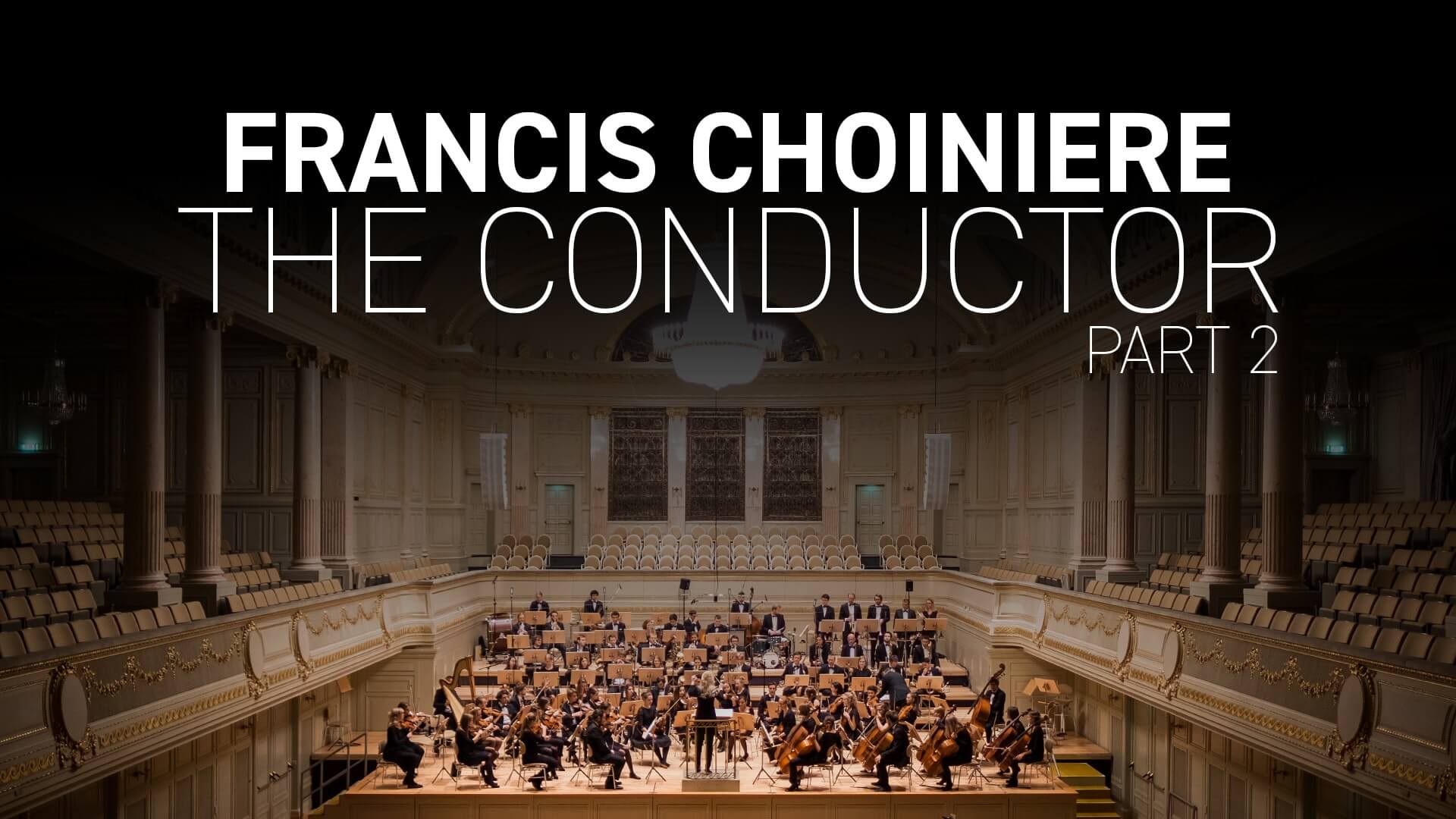 If you have ever seen a conductor at work you have probably wondered what he actually does and what his moving around and abstract gestures actually mean. With their apparent codes, rules and traditions, conductors and orchestral music may seem intimidating to the uninitiated. For the past few years Musitechnic students have been recording the concerts put on by the Orchestre Philharmonique et Choeur des Mélomanes (also known as OPCM) so I sat down with Francis Choiniere who is the conductor and co-director of the OPCM and asked him if he would clarify some points for me. Last time we looked at the conductor’s role and accessories, then we discussed studying to become a conductor as well as the preparation necessary to conduct a piece. This time we look at differences in style among conductors, I ask Francis who of the conductor or the musicians the spectator should look at, we talk a bit about music and conclude with the acoustics of Montreal concert halls.

Conductors, like musicians, have their own styles. Some conductors want to control everything in the orchestra; others are more ‘laissez-faire’. For example some conductors are really on the beat and other conductors tend to be slower, a little late almost, letting the musicians decide for themselves. To get an idea of the various styles of conducting Francis Choiniere suggests two conductors that, according to him, have obvious differences in style: Valery Gergiev (and his toothpick) and Simon Rattle.

Francis Choiniere, unlike most students I know, only listens to choral and orchestral music. He has his favorites and finds that some orchestral music composers are overplayed (Bach, Beethoven, Mozart…). That may be one of the reasons he naturally leans towards more contemporary orchestral music. Although he has no problem conducting some of Mozart’s music, he likes to give music of the last century a chance, as opposed to over-glorifying music that was composed more than 300 years ago. As artistic co-director of the OPCM, this choice is directly reflected in the pieces the orchestra and choir decide to perform.

It is hard not to mention hall acoustics when discussing symphonic and orchestral music so I asked Francis about his favorite halls in Montreal. Not surprisingly, he finds that the Maison Symphonique sounds the best, and not just from the audience’s perspective, for the musicians and choristers too. The acoustics of a hall are often judged from the listener’s perspective but performers need to hear themselves well too. Musicians and singers hear sounds differently from where they are on the stage and in order for them to deliver a good performance they need to hear themselves, the other singers and musicians too. He finds the Wilfrid Pelletier hall too big, which causes a loss of sound. Wilfrid Pelletier hall used to be home to the Montreal Symphony Orchestra until they moved to the Maison Symphonique. Being a McGill student in music, Pollack Hall (which is used by the faculty of music) is a venue he knows well and appreciates, particularly because of the reverb.

These are his preferences as a conductor or singer but what about when he goes to a see an orchestra perform? When he is part of the audience he likes to sit in the middle of the “parterre” where the sound is the best. But if the tickets are too pricey in the front you can also sit further back: Francis finds the sound is also good at the back of the “parterre” and in fact he would rather sit in the back than in the front rows where you do not hear as well. Seats are even cheaper if you go on the balcony. He likes to sit in the first row of the balcony for the view and he finds the sound is still very good there.

I hope to have somewhat clarified the role of the conductor in the orchestra and hope to have given you some additional elements to help you better appreciate your experience next time you go see an orchestral concert or the next time you work with an orchestra. Do not forget that the codes and ‘rules’ often exist for historic reasons but they must never prevent you from being carried away by the emotions that the music is carrying.

If you want to know more about the OPCM: