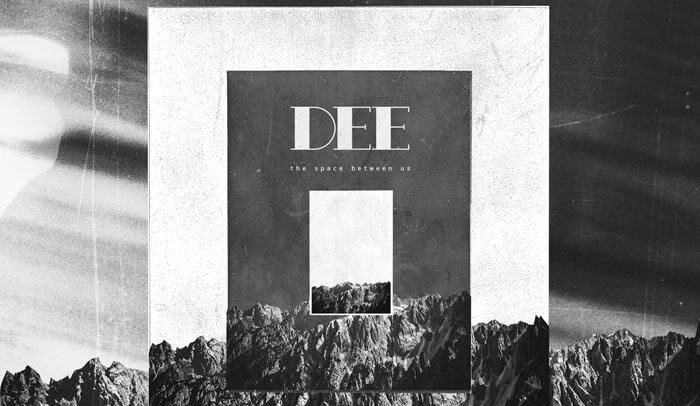 As part of M for Montréal

In the last couples of months, I had the pleasure of buying 4 great albums released by Musitechnic’s alumni. The quality and maturity of these artists made feel quite proud so I decided to take some time and write about them. The first artist is DEE.

I already was a fan of his two first albums, so I was very happy to hear that DEE was releasing a new album. The newest DEE album : The Space Between Us is a conceptual album in which the narrative evokes the interstellar distances between a cosmonaut and his fiancee back on Earth. His intoxicating mix of electro, pop and rock is really well polished.

An ardent defender of the ”Do-It-Yourself” philosophy, DEE doesn’t remain inactive for very long after the dissolution of his previous band, the Urbanauts. He plunged into the creation of a new personal project in 2002 where he manifests more of a pop sensibility with a 5-song EP. In 2005 he has five songs featured in Ricardo Trogi’s film « Horloge Biologique  ».

This is followed by two full albums. The first « DEE », was released in 2006 and became a national success selling over 20 000 copies, distinguishing him on the anglophone pop scene. The song ” Miles and Miles (Living On The Edge) ” would be chosen by Ford as the soundtrack for a worldwide advertizing campaign and was broadcast that year during the Super Bowl. He would also be recognized for his remarkable self produced video, ”Filter Factory” that has reached more than 1,600,000 You Tube views to this day.

His second album Day By Day (2008) reached a large audience through the use of his songs in many American TV series such as Six Feet Under, Grey’s Anatomy, Law & Order, Ugly Betty and more. He also wrote the music for numerous Canadian commercials and did the remix of Rustie’s ”After Light” heard in an Adidas commercial broadcast during the London 2012 Olympics.

As part of M for Montréal

To get DEE’s Latest album:

DEE The Space Between Us on Bandcamp

DEE the Space Between Us on iTunes