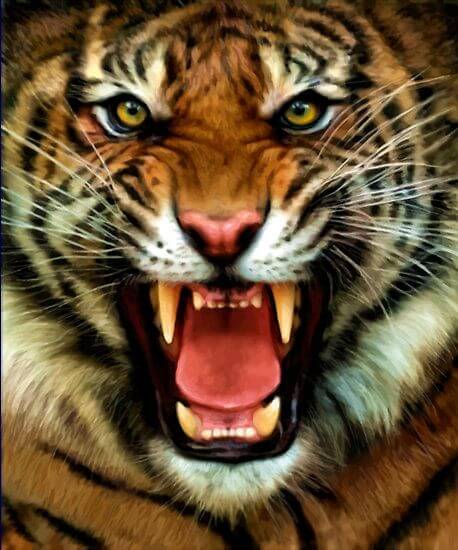 “In the early days of telephony the guys at Bell Labs were facing a problem: high frequencies diminished over long cable runs, a fact that made the voice in long distance calls dull and hard to understand. They set out to design an electronic circuit that would boost the high frequencies on the receiving end, and by do so, would make the sound on both ends of the line equal. The name given to that circuit was an equalizer or EQ. (1)

Recording and mixing engineers take for granted the necessity of having to use EQ to compensate for “bad” sounding sources or to make it sound “good”. Perhaps there are reasons that we unconsciously  prefer the use of certain frequencies and avoid others. The human ear and the corresponding parts of the brain have developed to ensure the survival of the individual and that of the species as a whole. We will react very strongly to anything that appears to compromise that. Once we understand how the human system reacts to outside audio stimuli (ie: eq) we can reverse engineer this information to create “better” sounding products. The human hearing system can hear from 20Hz to 20,000Hz so let’s begin by taking a look at some of the frequency ranges that affect us at a subliminal levels starting with the very low frequencies.

Infrasound is sound that is lower in frequency than 20 Hz or cycles per second. The ear is the primary organ for sensing infrasound but at higher intensities it’s possible to feel infrasound vibrations in various parts of the body. Recent research has shown that humans will associate some infrasound frequencies, specifically the 17-19Hz range, with feelings of nausea, goosebumps and anxiety.

Vic Tandy was an experimental officer and part-time lecturer in the school of international studies and law at Coventry University. In 1998 he and Dr. Tony Lawrence of the psychology department wrote a paper called “Ghosts in the Machine” for the Journal of the Society for Psychical Research.  Their research suggested that an infrasonic signal of 19 Hz might be responsible for some

Tandy was working late one night alone in a supposedly haunted laboratory when he felt very anxious and could detect a grey blob out of the corner of his eye. When Tandy turned to face the grey blob, there was nothing. The following day, Tandy was working on his fencing foil with the handle held in a vice. The blade started to vibrate wildly although there was nothing touching it.

Further investigation led Tandy to discover that the extractor fan in the lab was creating a frequency of 18.98 Hz which is very close to the resonant frequency of the eye given as 18 Hz by NASA. (2) The room was exactly half of an 18 Hz wavelength in length and the desk was in the centre. This was causing a standing wave which vibrated the foil. Tandy thought he had seen a ghost and then deducted that it was an optical illusion caused by his resonating eyeballs. (3)

In another experiment, by UK researcher Richard Lord, an acoustic scientist at the National Physical Laboratory on 31 May 2003, a group of 700 people took part in experimental concerts (entitled Infrasonic) over the course of two performances, each consisting of four musical pieces. Two of the pieces in each concert had 17 Hz tones played underneath. In the second concert, the pieces were 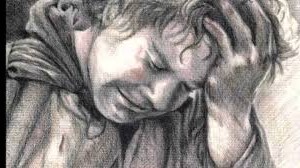 swapped so that test results would not focus on any specific musical piece. The participants were not told which pieces included the low-level 17 Hz near-infrasonic tone.

The presence of the tone resulted in a significant number (22%) of respondents reporting anxiety, uneasiness, extreme sorrow, nervous feelings of revulsion or fear, chills down the spine, and feelings of pressure on the chest. In presenting the evidence to the British Association for the Advancement of Science it was stated that “These results suggest that low frequency sound can cause people to have unusual experiences even though they cannot consciously detect infrasound. Some scientists have suggested that this level of sound may be present at some allegedly haunted sites and so cause people to have odd sensations that they attribute to a ghost—our findings support these ideas.” (4)

On December 7 2000 Elizabeth von Muggenthaler, a bioacoustician  from the Fauna Communications Research Institute in North Carolina, presented her findings to the Acoustical Society of America meeting in Newport Beach, California. She found that a tiger’s roar has the power to paralyze the animal that hears it including the human trainers. This paralysis is just long enough to give the tiger a momentary advantage. At the meeting she discussed her work analyzing the frequency of tiger sounds to better understand the part of the tigers roar that we can feel but not hear. In the first study of its kind, von Muggenthaler and her colleagues recorded every growl, hiss, chuff, and roar of twenty-four tigers at the Carnivore Preservation Trust in Pittsboro, North Carolina, and the Riverbanks Zoological Park in Columbia, South Carolina. They found that tigers can create sounds at about 18 hertz. “When a tiger roars the sound will rattle and paralyze you,” says von Muggenthaler.(5)

You also need to be careful when using EQ and panning two sounds sources in the left and right stereo image. They might create Binaural beats or binaural tones. These are auditory illusions which happen in the brain. This effect was

discovered in 1839 by Heinrich Wilhelm Dove. The brain produces perceived low-frequency pulsations in the volume and placement of a sound when two tones at slightly different frequencies are presented separately using stereo headphones, one to each of a subject’s ears.

A beating tone will be perceived as if the two tones mixed naturally out of the brain. The effect on the brainwaves depends on the difference in frequencies of each tone: for example, if 300 Hz was played in one ear and 310 in the other then the binaural beat would have a frequency of 10 Hz. So you might very easily have one instrument that you are boosting around 300Hz panned to the left ear and another boosted at 319 panned to the right ear resulting in a very low frequency binaural beat at 19 Hz. Fear/Anxiety Inducing Music – 17 hz tone laced with 396 hz binaural beat (Warning: Negative Affect)

So the next time you don’t think it is very important to use High Pass Filters when you EQ you might want to think about the possible consequences of not doing so. Infrasound can travel long distances, permeating buildings, cutting through dense forests, and even pass through mountains. The lower the frequency, the farther the distance the sound can travel.

If your mic can capture very low frequencies and you are using a digital recording medium then you definitely have a lot of infrasonics cluttering up your recording and mixes. These could be creating the exact opposite emotion that you are looking for in that sweet slow love song …. or be exactly what you need to get the edge in that aggressive dubstep piece. In the next EQ segment I’ll be exploring the mid and high frequencies that affect our emotional response to our audio environment.

Authors note: May 28 2017 – Correction – I posted this article on  Ethan Winer’s thread on very low frequencies and left myself open for feedback. I was very happy not to have been skinned alive. Mr Winer is one of the world’s top experts in acoustics and one of the owners of RealTraps. Ethan is well known throughout the audio industry for his magazine articles in Electronic Musician, Mix, PC Magazine, EQ, Keyboard, Recording, Audio Media, Strings, The Strad, R-e/p, and others. Ethan has arguably done more than anyone else to promote the importance of acoustic treatment. This is what he wrote and corrected me for a mistake I should have caught. Shame on me and thank you Mr.Winer!

“Ethan Winer : I like that you start by explaining why an equalizer is called an equalizer.

I agree with almost everything you wrote, and found it interesting, and I appreciate your references to actual research. I wish more audio journalists would do that rather than make shit up which has become so common in this era of fake news.

The only thing I take (very minor) issue with is this:

“So you might very easily have one instrument that you are boosting around 300Hz panned to the left ear and another boosted at 319 panned to the right ear resulting in a very low frequency binaural beat at 19 Hz.”

In order to create a 19 Hz beat tone, 300 Hz and 319 Hz must both be present at relatively similar levels. The act of boosting those frequencies doesn’t guarantee 19 Hz unless the sources are pink noise and the boosts have an extremely high Q. Neither of those frequencies align with musical notes, so that leaves tuned toms and the like. But again, the toms would have to contain those specific frequencies.

I realize this is extreme nitpicking, but you asked.