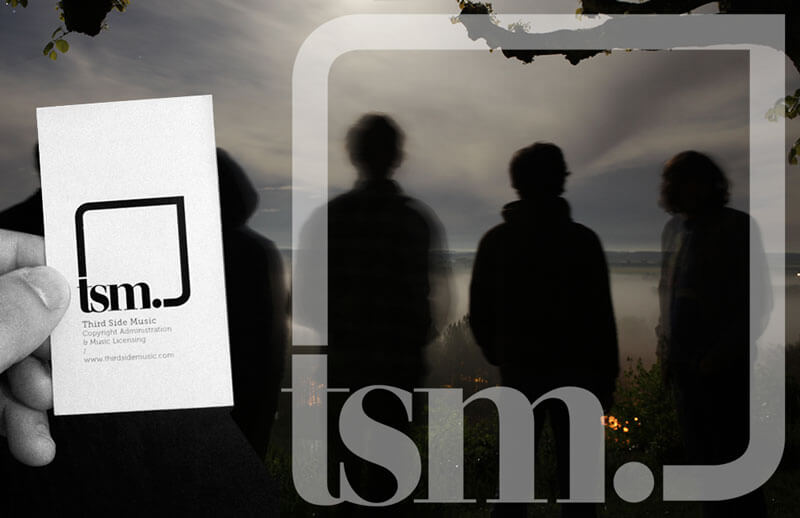 Among the many jobs available in the audio industry (and the music industry in particular) there are the more obscure jobs that have to do with music publishing. Many Musitechnic students have experience or backgrounds in music, several even have careers in music (as artists, composers, producers, musicians…) rather than as technicians. It is important to know how to generate revenue from one’s compositions in a context where the traditional source of revenue for artists is rapidly disappearing, namely album sales. In order to better understand music publishing I had the opportunity to chat with Patrick Curley, lawyer and founder of Third Side Music Publishing located here in Montreal. Today I’ll look at the publishers’ sources of revenue and some points concerning contracts. Next time we’ll see what is involved in the publisher’s work and we’ll benefit from some of Patrick Curley’s advice.

The publisher’s job consists essentially in generating revenue for musical compositions and he explains that what publishers do is not widely known in part because it is a business to business industry. A music publishing house often does not have a public image the way the artist or the music label does. For starters it is important to distinguish between the composition and the recording (the album or the single for example). The composition belongs to the author/composer. The recording (known as the ‘master’ of this piece/work) generally belongs to the record label (except in the case of a licence where it is ‘rented’ to the record label). The author/composer obtains the services of a publishing house in order to derive profit from the composition.

It is always important for a songwriter/composer who wishes to make money with the help of a publisher to understand how this publisher is paid. There are three main sources of revenue for the publisher. Two of these are derived the usual songwriter/composer’s revenue source: they are performance rights and mechanical rights. The public performance of a work (radio broadcasting or a live concert) gives way in principle to some form of payment (called a royalty) to the songwriter/composer. An organization like SOCAN in Canada (ASCAP or BMI in the United States) takes care of managing these rights in the name of the songwriters and composers who have appointed SOCAN to that effect.

When a publisher takes charge of managing a work or composition, the songwriter/composer agrees to give him a percentage of the performance rights. The principle being that the publisher will in fact push for the work to be exploited through different sources and will receive royalties for public performances. The songwriter/composer receives mechanical rights when the work appears on an album or a single, regardless of the medium (CD, vinyl etc). Rights also apply to online music and downloads. The record company who produces the album (or single) containing the work pays these rights. A percentage of the royalties from mechanical rights (managed in Canada by the CMRRA) that the composer will yield constitutes a second source of revenue for the publisher.

Synchronisation licensing is the third source of revenue for the publisher and is by far the largest. What we call synchronisation licensing is allowing a work to be placed in a film, a television show, a commercial, a video game or a trailer. American productions particularly reserve a rather large budget for synchronisation licenses, which makes them a privileged area for placement. Even a catalogue of older compositions, which has stopped generating revenue in terms of performance and mechanical rights, can generate revenue through synchronisation licensing. The rates for synchronisation will vary depending on many factors (notoriety for example). A single use in a television show on CBC will generate less revenue than a placement in an American film that requests the rights for international distribution and for all of eternity. Synchronisation is such an important source of revenue that Mr. Curley does not encourage artists to use a publisher if they have no intention of using their works in these types of contexts. He does however refrain from generalising as each songwriter/composer has different needs. For example a band that tours a lot all over the world may benefit from working with a publisher who will make sure that the performance rights for the shows played are paid properly to them.

The situations and needs of every client are so different that Mr. Curley doesn’t have one contract template for his clients but rather several different types of contracts for either administration, publishing, co-publishing deals that take into account points such as the artists reputation, the percentages to be granted, advances to be paid and in the end, after negotiations take place, every contract is tailored on a case by case basis. A songwriter/composer who signs a contract with a publisher is usually entrusting the latter with the generating profit from one piece or a catalogue of works in exchange for a percentage (usually between 25% and 50%) of the rights that the songwriter/composer is entitled to.

The duration of a contract can be for perpetuity but last in general at least three years. The publisher needs some time to do his work and obtain results, somewhat like a manager. The challenge is that the publisher needs to deliver the goods. According to Mr. Curley, a good publisher must be prudent not to sign with too many artists in order to concentrate their efforts and better manage their catalogues. Also, the publisher should always get the artists approval before placing their work in any production. As with many contracts, there is a question of territory. It is easy to understand that for a Quebec group that sings in “joual”, the international potential is rather limited and therefore the question of working with a national publisher versus an international one may not apply. On the other hand, an Anglophone rock group will have more potential and therefore may have to debate that question or negotiate with that in mind.