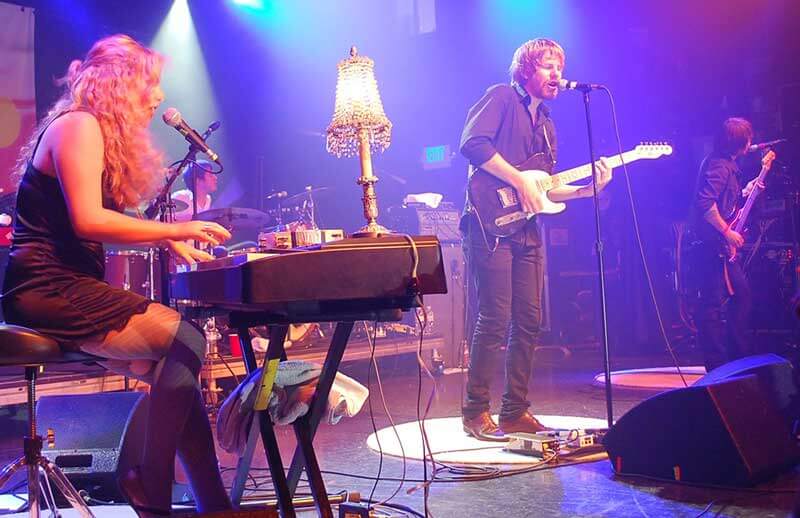 I recently had the chance to do some live mixing in the context of auditions for « Festival En Chanson de Petite Vallée ». The situation brought about some challenges I would like to share with you today. Once you’ve mastered pre fader aux mixes for the musicians and post fader aux mixes for effects on the mixing board, there are a few extra things you may need to think about if you are mixing live musicians. Next time we’ll look at how to prevent some problems that can be encountered.

The auditions are for a songwriter’s contest within a festival and required a daily rotation of 11 artists or bands each playing four songs in the studio. I was mixing « FOH » for the judges who were present as well as for archiving purposes, recording the performances in stereo (CDR and backup portable recorder).

Simple enough, but my mix position is about 4 meters from the stage and I am really off center relative to the FOH speakers because the judges are located in the sweet spot. When a band plays, what I hear is then a combination of three sources: the live band sound, sound coming from two off axis loudspeakers that are both at different distances from me, and sound coming from the monitor wedges placed in front of the musicians. The diagram should help to visualize the setup. The direct sound from the live band includes voices, acoustic and electric instruments (such as a grand piano which can be pretty loud). When I mix at the board, I cannot mix solely based on what I hear as there is no isolation from the direct sound source. Also, I cannot trust that what I hear from my location is what the judges are hearing.

How much reverb to use?

Reverb on / reverb off

Once I have figured out the amount of reverb to use I must also remember to turn it off when the artist speaks, such as between songs, because reverb sounds fine in a song but a voice talking going through reverb is generally not acceptable. How do you turn it off? I don’t really, I just keep my fingers on the reverb aux return faders and pull the faders down (15dB is plenty attenuation) when they speak. I find the switch from voice with reverb to voice without reverb is less obvious than actually turning the reverb off (by muting the aux return for example).

In many live situations, the mix engineer is doing one mix, either « FOH » or monitors. In this case I am mixing for the room PA system (« FOH »), mixing for the recording (CDR and backup portable recorder), and mixing for the musicians, giving them three different monitor mixes. Sometimes during a set, a musician would change from playing guitar to piano. In this case don’t forget that the monitor wedge located where the guitar player used to be needs to be turned down and the monitor wedge located where the piano player is needs to be turned up. If there was no piano in the previous song that monitor should have been down already. Don’t leave monitor wedges turned up if they are not being used because ultimately what you hear is a combination of the monitor wedges, the PA speakers, and the direct sound from the live band.

Questions and comments? Send them this way: k.blondy@musitechnic.net