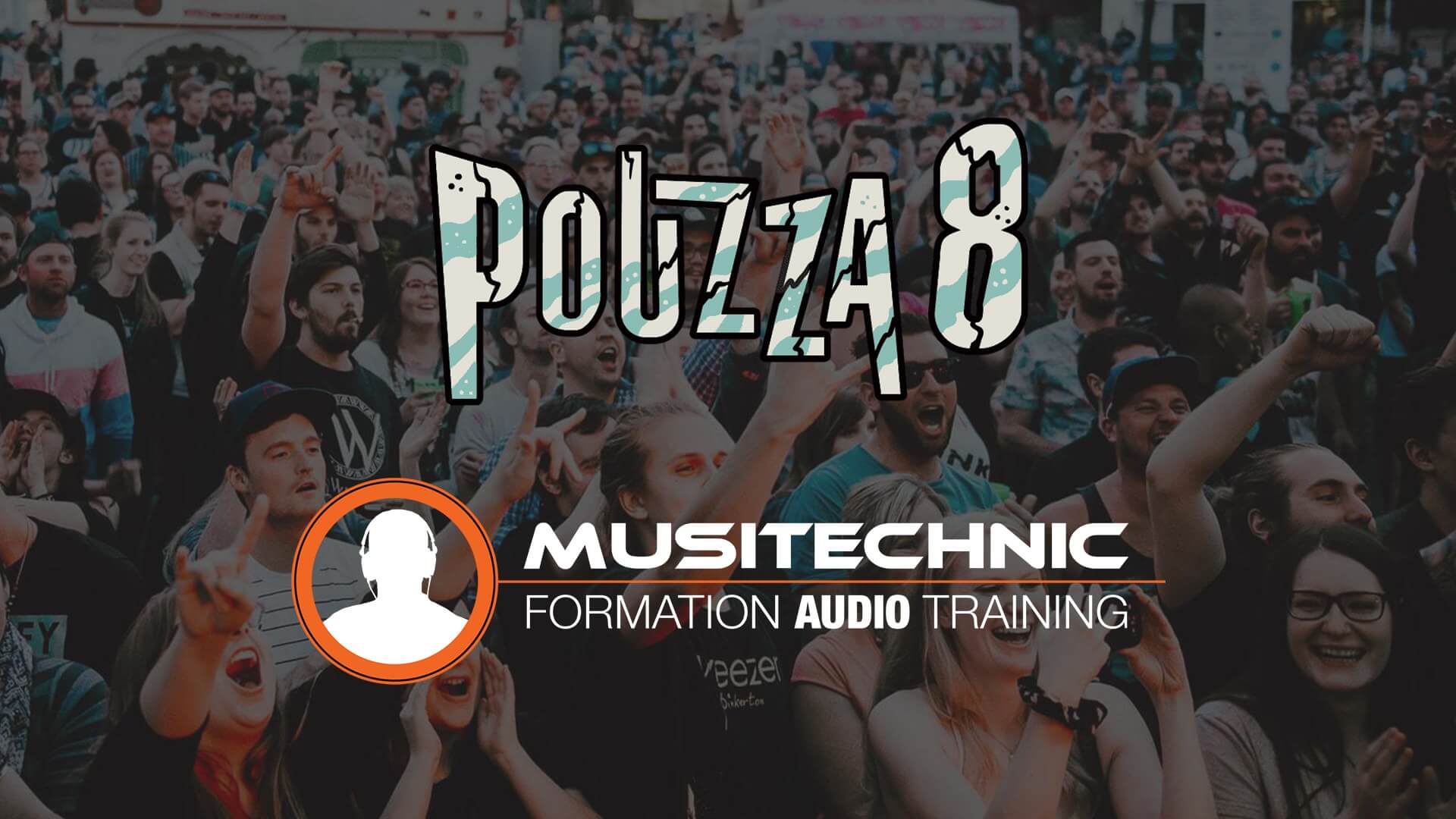 The Pouzza Fest, in partnership with Musitechnic, offered an excellent opportunity to get real life experience for selected Musitechnic students and give them a chance to get their hands dirty. The Pouzza Fest took place in Montreal from the Friday 18th of May to the Sunday 20th of May where over a hundred bands were performing on different stages. As a partner in the festival, Musitechnic had an important role, both for the twenty students that were interning and for the festival itself, which received logistical help. During the time of the festival practice took over the theory for the students who were either front-of-house mixers for two concert venues or for those who were setting up and taking down the main outdoors stage located directly in the entertainment district, the Quartier des Spectacles of the Place Des Arts.

Our teacher,Karim Blondy, supervised the six students that were going to take care of the sound reinforcement for one of the venues during the two days of the Festival. This meant more than 25 hours of live performances with a sound system they had to set up on the first day. With the students they had to look at where they were going to place the loudspeakers available in order to optimize the distribution of sound within the venue, a perfect occasion to put theory into practice in a professional environment. They then had to test the sound system and pass all the cables in time for the first sound checks. The pace of a live concert, especially in the context of a festival (with so many bands), poses a challenge for the students as they have to manage the time constraints and the long hours. What’s more, the students had to take care of mixing for the audience (front of house) and for the musicians (monitors). Around 6pm the first band took to the stage and it was a constant flow of bands until 3am. A few hours later they were back at the venue to mix for the second day of the festival and then they still had to take everything down after the last band had played…

The interns were enthusiastic and accomplished their mission with a great attitude. The advantage of a festival that takes place over two days is that the students were able to find their bearings and the second day they were more efficient, clearly more comfortable and in full control, able to anticipate and handle the situation themselves. For this venue we were using one of the mixing boards that the students had seen at Musitechnic so the students were able to mix the whole show by themselves. There was a lot of teamwork as the interns helped each other out with the mixing board when necessary. They toughed it out, were proactive and available from the beginning to the end of the event.

This type of ‘field’ experience is very welcome bonus to their 12 month training.