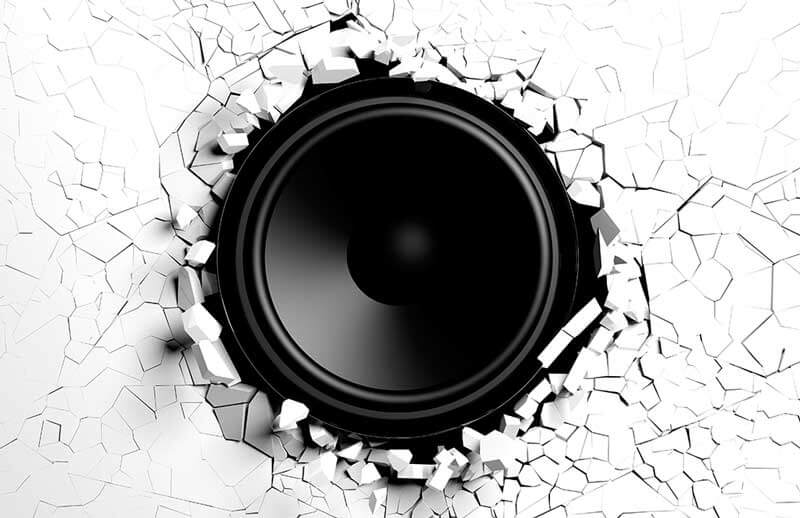 In previous blog posts we’ve explored a few of the many different trades in the audio world. Today we’ll talk about speaker re-coning. All audio professionals will eventually be faced with the problem of a defective speaker, but not everyone knows that it’s possible to simply replace the membrane while keeping most of the original parts. I had the chance to learn more about this type of work with Frédéric Lanteigne who, on top of having his own re-coning business, also repairs other types of electronic audio devices as well as teaching the basics of electronics at Musitechnic. Today we’ll look at re-coning and other common speaker repairs. In Part 2 we’ll look at other types of speaker modifications, the tools needed for re-coning and some tips of the trade from Frédéric.

Re-coning is the replacement of the moving parts of a loudspeaker. After taking apart a speaker and removing the damaged components, only the magnet and basket remain. Some manufacturers offer pre-assembled kits that one can simply slip into the basket. Others offer complete kits that need some assembly. Sometimes the technology used in a speaker is too old, or the replacement model doesn’t exist, making the repair impossible. Other times Frédéric needs to rebuild the speaker from scratch. In that case he measures the distance between the parts with a nanometer and then orders the specific parts with the corresponding sizes from his suppliers. The replacement parts (the membrane or cone, the surround, the coil, the spider, to name a few) must then be assembled.

Re-coning, by definition, is limited to speakers with cones; meaning subwoofers, woofers and some mid-range speakers. Frédéric also replaces the diaphragm for horn tweeters or the classic dome tweeters. In the case of the classic dome tweeters, the diaphragm and the dome cannot be separated. I’d like to specify that re-coning does not apply to replacing the ribbon in ribbon tweeters. The ribbons can be replaced but Frédéric doesn’t do it.

Replacing the membrane is a very meticulous and precise job, which can take several hours. For older, or sometimes cheaper speakers, the cost of replacing the membrane can be more than buying a new system. For certain built-in models, the simplest thing to do is to replace the entire speaker and not re-cone it. An example would be the Fender Rhodes Suitcase Piano where both speakers in the cabinet are plugged in series (the total impedance being 32 ohms (2 x 16 ohms)) or Meyer speakers, which contain ferrofluid in the magnet hole, where the replacement of the membrane is impossible.

Frédéric Lanteigne’s re-coning business has a clientele with rather varied requests: live music systems, sound systems for the home, guitar and bass amps as well as audiophile systems. He will not however, work with car sound systems as they often have strange unconventional shapes and some brands are too cheap to be worth repairing.

Other common repairs are replacing the dust cap or patching the spider. The typical “finger in the tweeter” can be fixed with the help of simple scotch tape. Using a vacuum cleaner is not recommended because there is a risk that it could suck up the entire assembly. Remember though that a collapsed dust cap has no effect on the quality of sound. Re-foaming is another term, which we see often when talking about speaker repairs. It consists of replacing the surround, the flexible ring, which attaches the speaker’s exterior diameter to the basket. The suspension foam is often made from fossil fuel materials and will disintegrate over time. In that case the speaker can no longer be used, even if all the other parts are in working condition. A simple re-foam will allow the speaker to function again. 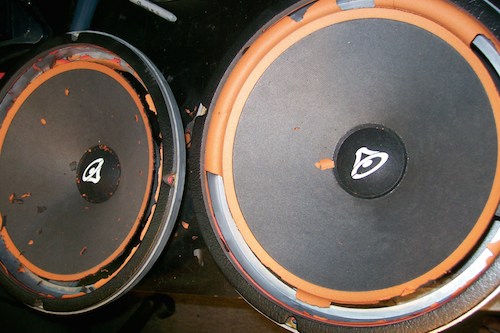 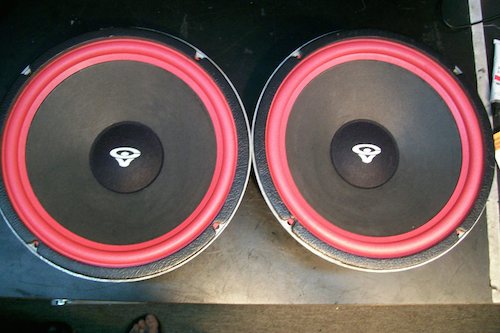