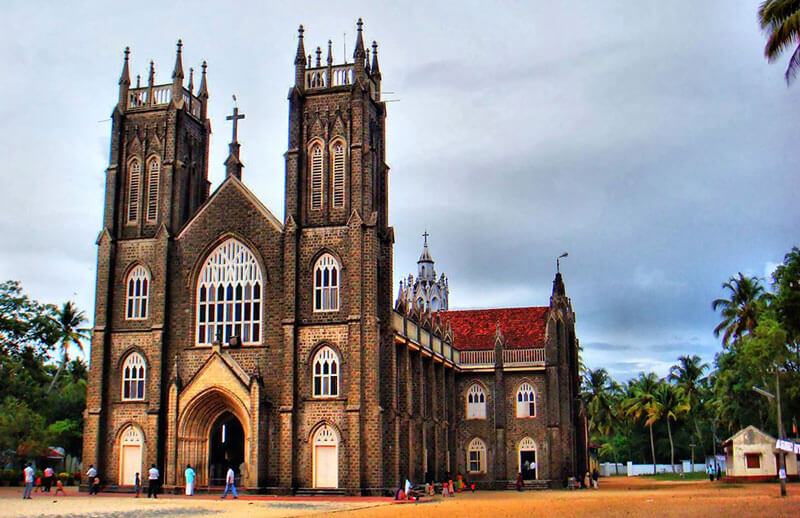 In Montreal, more and more “pop” concerts are taking place in churches with artists such as Philippe B., Louis-Jean Cormier, Avec Pas D’Casque and DJ Champion. A Montreal newspaper asked me some questions for an article on this subject and I thought this could be a good occasion to share with you the secrets of the acoustics of churches, mainly how the sound travels and why we appreciate it. Next time we will look at a few key points a sound engineer must consider when recording in or planning a “pop” show in a church.

What are good acoustics?

A location has good acoustics if the environment is suitable for the use one wants to make of it. In the case of a church, good acoustics allow a good verbal and musical communication. However, not all churches have the same needs. There are a variety of types of masses that are given in churches and their needs are very different. The differences between the classical European churches as opposed to the modern American churches bear witness to this.

The article in question was about the St-Pierre Apôtre church (built from 1851 to 1853 according to the plans of Victor Bourgeau). It is of neo-gothic style and of classical proportion: the width is half of the length. These proportions can be problematic and favour the presence of audible stationary waves in the lower frequencies. In acoustics it is preferable to avoid parallel surfaces on one part and dimensions which are a multiples of one another (here the length is a multiple of the width). A gothic structure is a good environment for the European repertoire and Gregorian Chants, but does not work for contemporary Christian music or Gospel.

How does sound travel in a church?

Whether it is for mass or for a concert, the sound source will generally come from the altar (the organs are often at the front of the church and the choir will sometimes be up in the balcony, also at the front of the church) and the sound is propagated in the entire church. The sources are often relatively direct and oriented towards the public, whether it be a speaking voice or a singing voice or a musical instrument, played acoustically or amplified. The lower frequencies (below 500Hz) are omnidirectional and the higher frequencies are directional. We can thus understand why the lower frequencies can become problematic if they are not controlled or taken in charge of by acoustic treatment. The lower frequencies are often the frequencies responsible for feedbacks. The sound source propagates into the church like handfuls of bouncing balls thrown from the source in the direction of the sound propagation: the trajectory of a bouncing ball is modified by any obstacle it encounters on its way. One must remember that what is an obstacle for a higher frequency won’t necessarily be one for a lower frequency. High frequencies will bounce off a stone column or a church bench (which is called reflection) whereas the lower frequencies will go around the obstacle (which is called diffraction).*

*The obstacle must be larger than the wavelength coming from the sound source to cause a reflexion. If the obstacle is small, the wave will go around it.

Reverberation or why church acoustics are good :

A good reverberation will have a good ratio of direct sound and indirect sound, obtained with a combination of geometric and non-geometric forms and surfaces with different textures. The gothic architecture of a church and the elements that furnish it (benches, statues, etc…) offer a variety of shapes (geometric and non geometric) as well as surfaces, which favour a good reverberation. Rounded surfaces tend to dilute the direction that the sound is coming from and are therefore to be avoided. The presence of a large crowd in the church will help to reduce reverberation, which may have seemed difficult to control when the church was empty.

However, just because there is reverberation does not necessarily mean that the acoustics are good. Reverberation helps to make sound be heard by amplifying it but good reverberation amplifies the sound while keeping it true and intelligible. Reverberation that is too strong (or echo) should be avoided. Reverberation in a bathroom is too strong and can make for loss of intelligibility (too much indirect sound in relation to direct sound). In a bathroom there are no intelligibility problems as the listener and the singer are generally the same person. Echo, which should be avoided, is often more problematic for the speaker (singer or musician): the sound of his voice will reflect back to him from the back wall, causing a delay between the direct sound and the indirect sound which makes performing difficult or impossible.

What’s more, reverberation does not suit all types of music. For example Bach composed works for different clients taking into account the acoustics of the space in which they were to be performed (private salon or cathedral). Reverberation is useful for choral music, acoustic music as well as for organ music. In modern music we tend to use less reverb as tempos are faster, bass lines are busier and words and rhythms are important and must not be lost in the reverberation. It was however very present in music from certain periods (Phil Spector’s « Wall of sound » in the 1960’s or digital reverb in the 80’s pop) or other specific styles.

In the next blog we will tackle a few of the challenges that a sound engineer can encounter during a recording or a live show in a church.