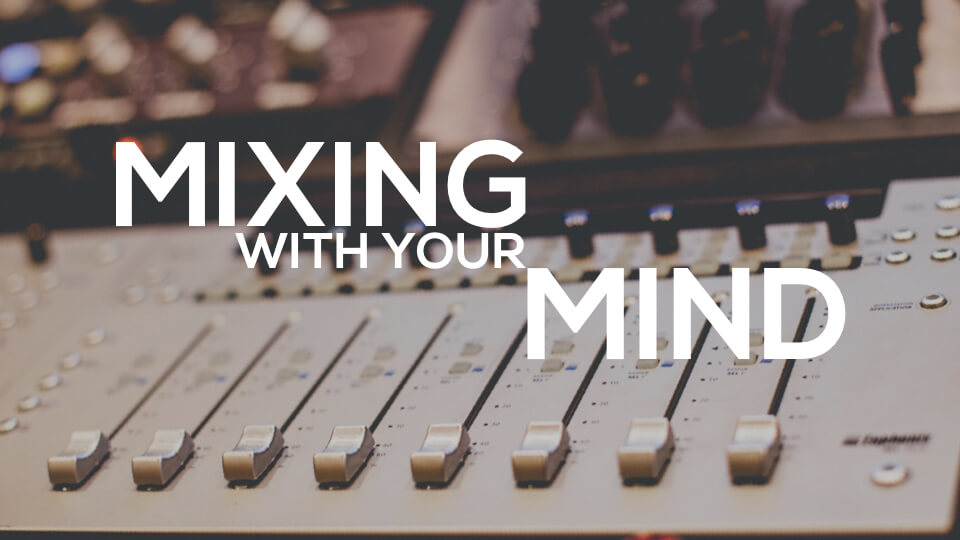 There are so many books relating to sound out there, I figured I would share my thoughts and comments on the ones I’ve read, so you do not waste money on something you do not need… 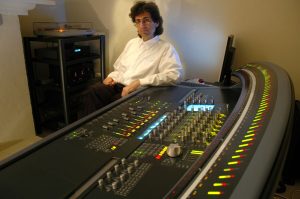 About the author: Michael Stavrou started working in radio and then moved on to recording studios before landing a gig at Air Studios in London in 1974 where he worked with Sir George Martin and Geoff Emerick. He became Studio Manager and Chief Engineer at Air Studios in Montserrat in 1980. The list of artists and talent he has worked with is so long I’m not going to go there. The book « Mixing With Your Mind » had been in the making for 20 years and took the author two years to write. Michael now freelances from Australia. 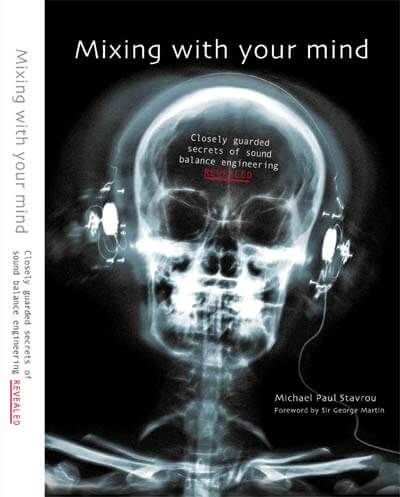 The book is divided into chapters that cover a lot more ground than just mixing. Of course you will learn how Michael Stavrou mixes vocals, drums and guitars but here is some of what the other chapters cover each from the point of view of the author’s personal philosophy:

Some of the more unusual chapters cover:

In his fun and exciting book  Mixing With Your Mind,  Michael Stavrou shares his unique approach to mixing. I had to take notes as I read it because there are so many cool things to try out that there was no way I was going to remember them all. Michael Stavrou shares lots of tips and looks for practical and logical solutions and tends to stay away from technical or scientific explanations. This makes for a pleasant read and it becomes difficult to put the book down.  Mixing With Your Mind  is a book on sound philosophy, a way of thinking and approaching a mix. He makes a distinction between the technical aspects and the artistic aspects of a mix and how these are treated by different sides of the brain. Michael Stavrou explains how he maximizes the flow of his creative juices by organizing his mix in a way that avoids making his brain switch from one hemisphere to the other which is what happens when the mixing process is interrupted by technical demands.  Mixing With Your Mind  challenges generally accepted practices. For example he challenges the classic equilateral triangle speaker placement with his approach that compensates for the speaker geometry and room acoustics. His approach to creating your reference CD is interesting as is his recommendation to never listen to it in bad sound systems. Tending to stay away from technical terms Michael Stavrou uses subjective terms instead running the risk that they can be interpreted differently from one reader to the next.

Who is this book for?

As a professional sound engineer I still learnt a lot from this book but what I did not learn were more technical facts, more scientific explanations or more anecdotes. Rather I learnt to think differently when approaching a mix. In order to gain the most from Mixing With Your Mind I would recommend this book to readers that already have a good understanding of the phenomenon of sound and already have some mixing experience. Bear in mind that Michael Stavrou has worked in big studios on big sessions and the beginner student who mixes in-the-box with plug-ins may not be able to relate when the author refers to external physical gear. He also refers to using separate recorders (like reel to reel tape machines) as sources and hardware mixers whereas most students use DAWs. Of course some students have gear at home or access to great mixers and other hardware at Musitechnic but they tend to be at the stage where they are still getting used to the gear. Mixing With Your Mind assumes that you already know the rules so you can start bending and breaking them. As Michael Stavrou plays with the minds of seasoned engineers, I’m worried he will confuse beginner engineers who are still trying to grasp the basic concepts. For the seasoned mixer or engineer it forces you to rethink why you mix the way you do. It makes you rethink actions you take for granted or simply the order you do things.

Some interesting concepts brought up in  Mixing With Your Mind  :

Editors note: Please respect intellectual property. Mixing with your Mind can only be purchased directly from Michael Stavrou’s website. click here to order … Stav enjoys brainstorming with you over studio conundrums. With each purchase you get Stav on Tap as your personal  ‘Mentor for Life’ when purchasing MWYM from:   www.mixingwithyourmind.com