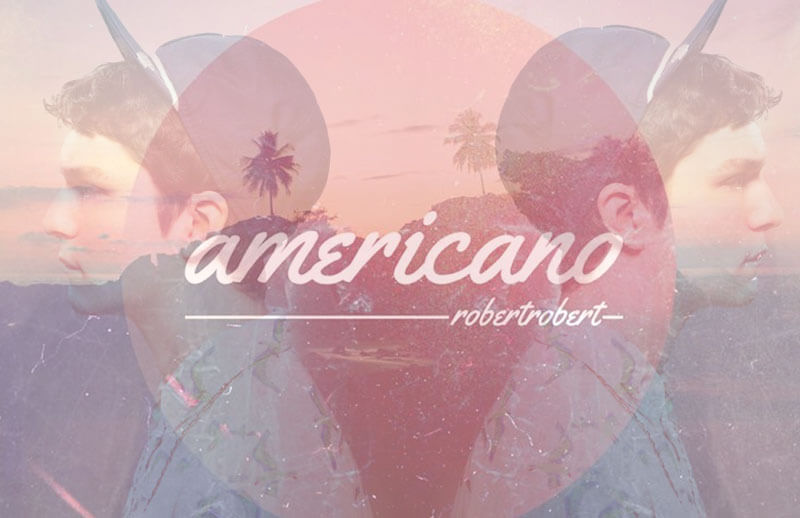 After a year of research, recording and work, Montreal based nineteen-year-old music producer Robert Robert will release his debut album “Pastel” on September 9th 2014 on SILVERSTAG Records.

While waiting, he offers us, on June 17th, his first single off this LP called “Americano”, an electronic funky dream pop track. Being the album’s first single, it was made to be a good-vibing catchy tune. A textured melancholy is beautifully illustrated with a hint of a tropical feel. Mixed with an almost liquid atmosphere, it gives the song power and pride as it becomes an incredibly immersive experience. The vocals on the track are those of a great upcoming singer straight out of Montreal: Coriande. With the sublime non-chalant lyrics and Robert Robert’s signature feel, this song is bound to be a great success.

The video, also coming out on June 17th, was written, directed and edited by Laurent E. Malo with Charles Massicolli of Soundless Media as Director of Photography and Phanie Éthier of Phimo Photo as Art Director. It features Robert Robert daydreaming in a local café about the clients and employees getting overwhelmed by music and letting go off all inhibitions to dance and symbolize archetypes of North-American society.

Extremely satisfied with his first opus, RR cannot wait to get back on stage, now getting ready to play in many different Canadian cities during this summer and France in fall.