Salaries and statistics for sound technicians in Quebec, Canada (part 1) 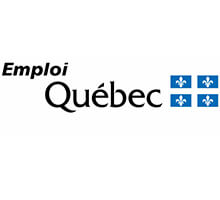 For aspiring sound technicians who are fresh out of school or for those considering a career in sound engineering the question of salary and how much they can expect to earn in the audio field is often a complicated one to address. If you are starting out in the industry you may be asking yourself how much you can expect to charge for your first contracts. As we will see, how much you can charge depends on what part of the sound industry you are involved in and where, geographically, you are located. I went through a variety of publicly accessible official government statistics for the province of Québec and will share with you the results of my findings. I hope this will help you plan a career in the sound industry wisely. Also, putting the question of salary in context can help you get a better perspective of this fascinating industry. Today we look at the “audio and video recording technicians”, one of the two categories that most sound technicians fall into.

According to Emploi Quebec, there were 2900 ‘techniciens en enregistrement audio et vidéo’ (or Audio and Video Recording Technicians, the equivalent of the Audio and Video Equipment Technicians job title in the USA) in Québec in 2013. Service Canada has another quite different statistic: according to their Statistics Canada Labour Force Survey they estimate an average of just under 4000 audio and video recording technicians between the years 2010 and 2012. The 2006 census data says 55% of audio and video recording technicians worked in motion picture and sound recording industries, 16% of them worked in radio and television broadcasting, 5% in performing arts and another 5% in education. According to Statistics Canada’s National Household Survey of 2011, 32% of audio and video recording technicians work in motion picture and sound recording industries, about 17% of them work in broadcasting, 10% in educational services and 9% in live events (performing arts, sports, etc…).

Emploi Quebec says the growth was about 1% annually for that job between 2006 and 2011. This seems to be confirmed by Service Canada who predicts that the number of audio and video recording technicians will increase “slightly” in future years. These predictions are consistent with statistics from the US. More precisely, Service Canada feels that every year between 2013 and 2017 Québec will need an additional 60 of these technicians. In 2013, still according to information published by Emploi Quebec, the number of ‘techniciens en enregistrement audio et vidéo’ increased by 600 (they were 2300 in 2011), a growth of about 4,7% annually for that job between 2008 and 2013. In 2014 the Government of Canada felt there were limited job prospects for this occupation, however they attribute future job opportunities in this field to four sources:

Service Canada says that in 2005 only about 47% of the audio and video recording technicians worked full time and all year round with an average yearly income of just under $39,000. The others who did not work full time and full year had an average salary of about $25,500. In 2011, according to Statistics Canada’s National Household Survey, 50% of all audio and video recording technicians worked full-time and full-year, 5% less than all occupations put together. The same survey tells us that 81% of these audio and video technicians work full-time (but not necessarily all year round) which is the same percentage as in other occupations.

Where are the jobs in Quebec?

Next time we’ll look at “live” jobs and the other category that most sound technicians fall into: “broadcast technicians”.