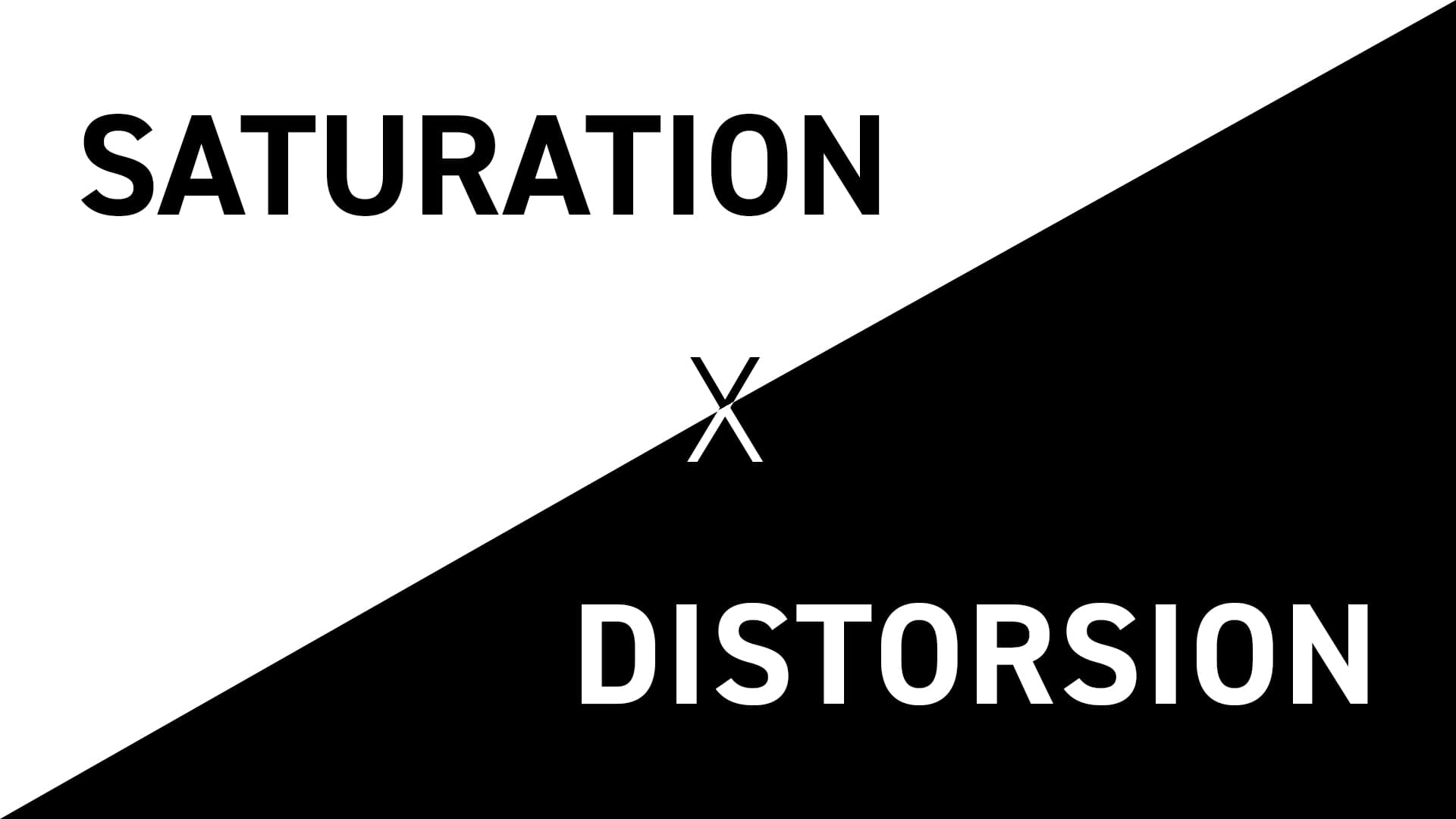 The saturation or more precisely the saturation of a magnetic tape (tape saturation) occurs when in the recording stage, the intensity of the sound signal (input voltage) is too high (hot). The original characteristics of the sound signal are then modified. A form of natural compression is applied in particular on transient peaks (transients) and the electrical signal varies while at the same time generating additional harmonics particularly affecting low frequencies.

As a purist this is something one that tries to avoid at all costs, or for aesthetic reasons deliberately try to provoke. Because this manipulation of the sound is a form of distortion that many sound mixers appreciates and will use especially on instruments such as drums and bass.

Each of the components of the tape recorder: the playback head, the recording head, the tape and even the speed of the recording all contribute to the of the distortion. All of this varies of course from model to model.

Distortion can also be achieved through adjusting the bias of an amplifier and the electrical and electronic components (tubes, transistors, power supply) to increase the level of the sound signal. The harmonic distortion caused by the amplification of the electrical signal by means of a tube or a transistor gives very different results.The tubes (triodes) generally generate even harmonics that are considered pleasant and fit with the musicality of the sound signal.

Transistors have long been associated with a more aggressive and sharp sound attributable to the odd harmonics they generate naturally. We however can reproduce an entire electrical circuit developed around a transistor or tube (tetrodes, pentodes) to create the inverse harmonic effect.

Decapitator from Soundtoys is a plugin developed with the idea that subtle or pronounced distortion can always be advantagous and brings together 5 types of distortions based (emulations) on real analog units.