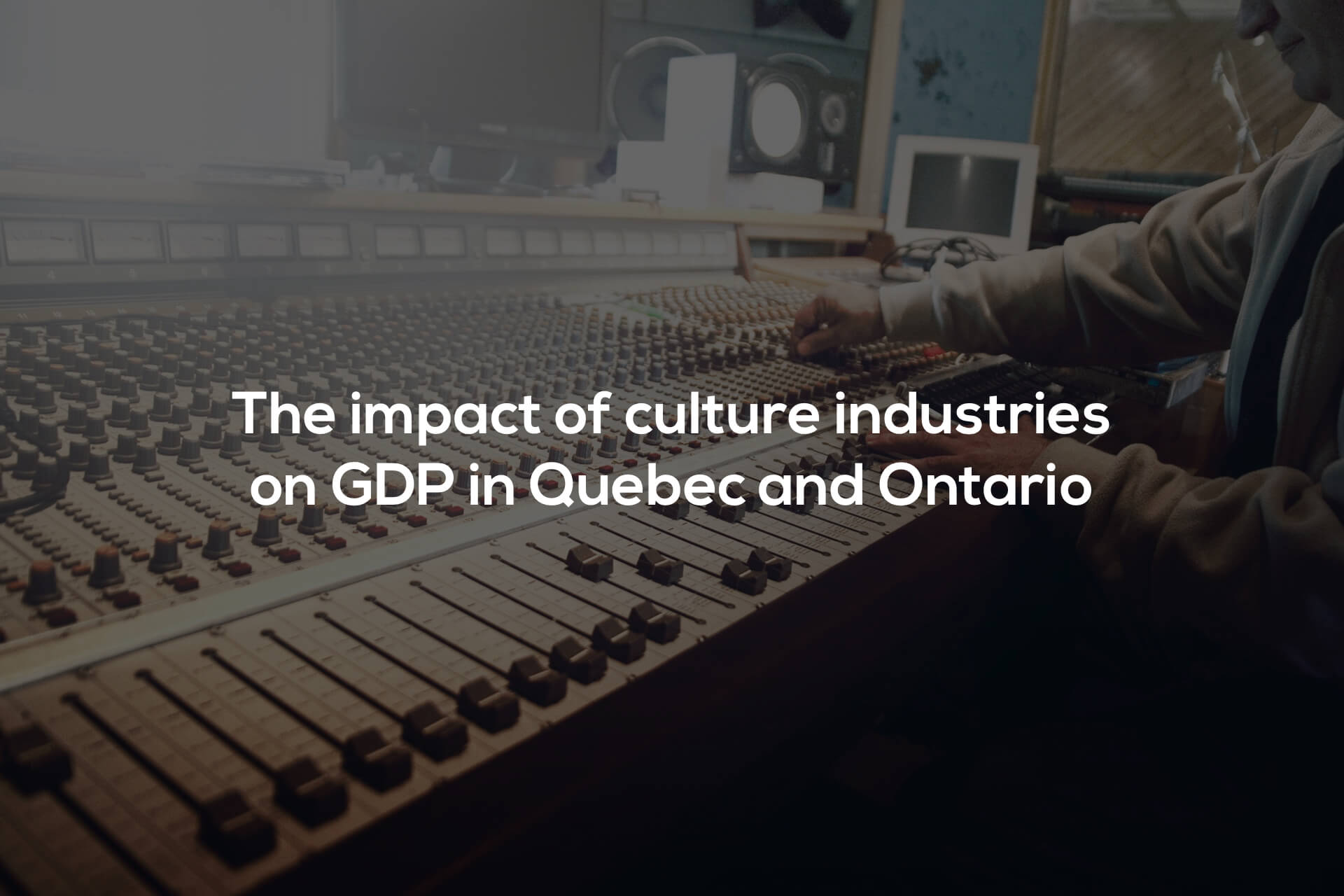 Many sound engineering jobs are found in the cultural industries: film, music, theatre, etc. Sound engineers therefore have more job opportunities in geographic regions where cultural industries are more present. Last year Hill Strategies published the results of some research they conducted regarding the economic benefits of culture in Canada. The data, based on unpublished data from Statistics Canada and on the 2010 Provincial and Territorial Culture Satellite Account, covers each province and territory individually and looks at the direct economic and employment impacts of culture. The Cultural Satellite Account (or CSA) covers arts, culture and heritage. I took a look at this study and will share some numbers that concern sound engineers working in cultural industries in Quebec and Ontario. This study allows us to put in perspective the impact of cultural industries on the Gross Domestic Product and the importance of the cultural industry compared to other industries.

This GDP of over $53 billion from cultural industries is obtained by adding different cultural industries together. As sound engineers we are mostly interested in audio-visual and interactive media (contributing $13.9 billion to the GDP), live performances (contributing $2 billion to the GDP) and sound recording (contributing $0.5 billion). If you are looking for work as a sound engineer it can signify that there is more money available in film, television and video games than in concerts and theatre for example. And there is much less money going around in recording studios. Bear in mind that in audio-visual and interactive media sound engineers probably account for a smaller portion of the jobs in that industry whereas in a bigger proportion of the jobs in live performances are held by sound engineers. In the sound recording industry we probably find the biggest portion of jobs held by sound engineers but that industry is much smaller than the other two. Other key contributors to the GDP of cultural industries include visual and applied arts ($13.4 billion) along with written and published works ($10.2 billion). However sound is not an important element in these categories so they do not concern us as much.

The study takes a look at each province and territory but I will focus on Quebec and Ontario. These two provinces provide 67.3% of culture industry jobs in Canada. These are also the provinces that contribute the most to the cultural industry portion of the GDP and these are probably the provinces with the most job opportunities for a sound engineer looking for work.

In conclusion I’m not saying there are not any jobs in the other provinces but these statistics are worth taking a look at if you want to work in the cultural industries, . Even though statistically most sound engineering jobs probably fall in the culture industries category, there are some sound engineering jobs in other industries as well. Keep in mind that these are just statistics and can probably be interpreted different ways depending on who is reading them!