What I learned from my mistakes 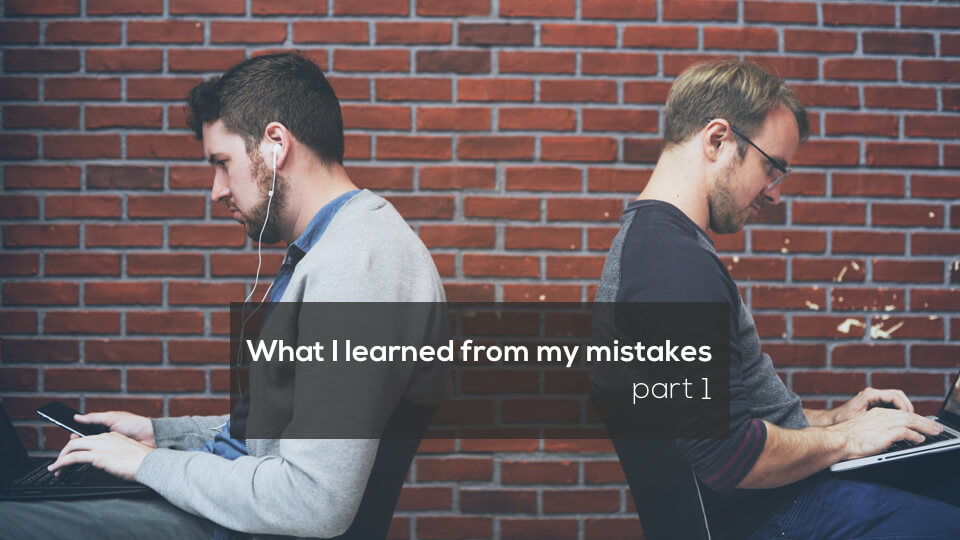 It is easy for a session to become complicated simply because the artist is not prepared. The session can quickly become a nightmare for the sound engineer. However the session can also become unexpectedly complicated because you, as the sound engineer, did not plan everything. This can easily happen because, as a freelance sound engineer, sessions can be very different one from the other and as you switch from one client to the next you might overlook things. A session can also become unexpectedly complicated because you are working in less than ideal conditions (such as a remote location recording) or because you panic easily and miss the obvious. Today’s two-part blog is about mistakes, mostly related to on location recordings. Some are mistakes I have personally made, some are mistakes that colleagues of mine have made. However keep in mind that you do not have to make the same mistakes in order to learn, you can also learn from the mistakes others have made!

Off to a remote location for a recording session with a duo of musicians I packed carefully and borrowed a sound card that specifically offered two headphone outputs that I planned to send to the musicians. Once on location I realized there was a problem, one of the headphone outputs on the soundcard was not working. Before leaving I had successfully tested the sound card with my computer but had not tested both headphone outputs. One headphone output is not enough when you are overdubbing multiple musicians. I had no options so I had to record the duo playing over a backing track that only one could hear.

Once I was working in a broadcast studio for a radio show. As I sit at the mixing desk I go through my routine which includes the obvious like testing the signals that come into the mixing board. These include the microphones, the computer for audio playback, and because there is a live phone interview in the show I also need to test the telephone. For example I make sure that when I raise the fader labeled “phone” a dial tone is heard in the control room. That was not enough as I realized later during a test phone conversation that we could hear the person on the phone but the person on the phone could not hear the host. I had not verified that the signals going out of the mixer were going to the appropriate destinations. In this case the signal from the studio microphones was not redirected towards the phone (via an aux send, a bus out or a mix-minus out for example).

Today many recording sessions involve some form of video capture. Budgets being what they are, instead of hiring a photographer/videographer and a sound engineer some productions hire choose to hire someone that will do both. For example a classical pianist might hire you to record and film his performance. A few of my sound engineer friends have equipped themselves with simple or complex video setups to meet this demand. On a remote location recording contract I was once asked to also shoot pictures with a camera I was provided with. Concerned about having enough power for my portable audio gear I packed plenty of batteries for the recorder but totally forgot that the camera used non-standard rechargeable battery. Luckily I was able to shoot some pictures before the said batteries died on me.

Crosspatching is possible and very easy on a digital board but that can lead to some confusion if you are not careful. For example, once I was mixing a live band for a radio broadcast and a microphone was plugged into the mixer input 1 which was, logically, controlled by fader 1. However, because of the crosspatching that had been done for another show, that microphone also appeared on fader 6. When I wanted to raise the fader of input 6, I could not understand why the microphone at input 1 would increase in level instead. I sweated quite a bit before I figured out what was happening. Unless some crosspatching was done purposely, you need to make sure that fader 1 controls input 1, fader 2 controls input 2 etc.

For my first recording gig outside of Montreal I packed my laptop and, because editing with a trackpad is not the friendliest, I brought a mouse with me. It is silly but I did not think of bringing a mouse pad with me. The hotels I was in had either glass plated desks or slightly rough varnished surfaces that the mouse could not work on well. So I had to do all the editing with the trackpad…

Packing a USB hub (powered or not is another debate) is always a good idea for on location gigs. If you are using an Apple laptop you probably do not have more than 2 USB ports available. Plug in an iLok, a soundcard and you have no more USB ports available for a external hardrive or anything else for that matter. This is not even considering that some USB keys are so wide that you cannot even plug an iLok in the available USB port next to it.

There is no limit to how many silly things can happen on a gig. One thing is sure: the more mistakes you make, the more foolish you feel, the better the chance you have of remembering never to make that mistake again. It is important to remember to check the basics: is your device turned on? Is your plugin bypassed? Especially if you are working under stressful conditions. Learning to perform well under stressful conditions is what will make you a professional. I’ll share more mistakes in the next article too.