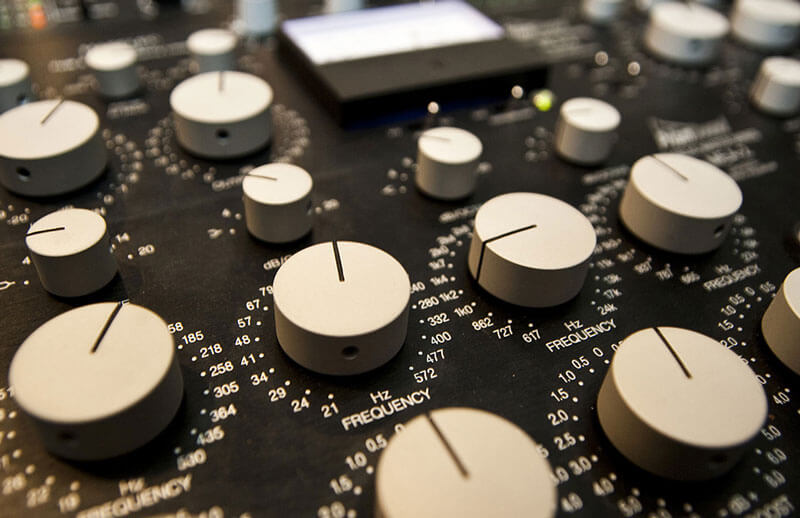 A black art to some, a science to others, mastering may be underestimated or overrated but is often misunderstood. Today I look at what mastering is and why it is needed and  in a future article I’ll look at what the mastering engineer really does. Hopefully this will shine some light on what your role is in the sound chain or help you prepare you for a future mastering session. Along the way I’ll look at some important aspects that can help you choose a mastering engineer for your project or help you become one yourself!

In the music industry mastering is the final process before a recording is released or duplicated. Mastering is a form of post-production that takes place once mixing of the various elements (songs for an album for example) is done but before the pressing of the final medium (CDs or vinyl …) or before the music is made available on line (through iTunes for example). Before analog tape, the recording, mixing and mastering processes were all done at the same time: the master was cut as the talent was being recorded. Mastering is done to obtain the best possible result in a variety of listening environments and sound systems. To do this, the mix is optimized so that it translates well in a car, a nightclub, in headphones or on computer speakers for example. Mastering is the process resulting in a product that is directly useable (such as broadcasting over the internet for example or printing CDs at a pressing plant). Today mastering consists, in part, of transferring various recordings to one final medium for mass production or broadcasting, for example, the various songs are sequenced into what will become an album (sometimes called the program). Before the various recordings that will become an album are transferred, they need to be prepared which often involves signal processing like EQ and compression. Audio for video games and films is sometimes also mastered. Multichannel audio, like film 5.1 surround sound, can also benefit from mastering. Mastering takes place in specifically designed studios equipped with highly precise signal processing gear that is able to modify certain parts of the sound without modifying others. The process is highly dependent on the mastering engineer and some engineers are associated with a specific sound or genre.

Audio needs to be mastered because the recording and mixing engineer(s) involved in the previous stages may have lost some objectivity along the way. The recording and mixing process is long and can span several months so the recording and mixing method may have evolved slightly throughout that period. The recording and mixing engineers’ use of EQ and dynamic range treatment may be different from one song to the next. Discrepancies from song to song inevitably creep in, hence the need for mastering. At a certain point, when top quality is the priority, it is unwise to leave the sound entirely up to one person (the mixing engineer for example) and up to one listening environment (the recording and mixing studio). Someone who has been involved since the beginning does not have an objective enough ear to finalize the project and the mastering stage is the last possible moment to bring potential corrections. In addition, the acoustics and loudspeaker placement of a mastering studio should be top notch, optimized and precise for accurate reproduction and maximum objectivity. If there is a flaw in the recorded material, the mastering engineer needs to hear it. A mastering studio should not present the compromises found in recording studios. A recording studio may compromise the sound of the listening environment because they need to fit a big recording console in the control room or because of the window between the studio and the control room. The location of the loud speakers in a recording studio depends on the available space between the mixing console, effects racks, and window. Mastering is even more necessary today than ever before because today most sound systems are of a high enough quality that minor differences can easily become apparent and obvious. A badly mastered program will lead to hearing fatigue from the listener and make the listening experience a less pleasurable one, so the mastering engineer tries to harmonically balance the program with a combination of art and science.

The process of mastering audio requires expensive high quality equipment. Prices were even more prohibitive in the days of mastering to vinyl. Although prices have dropped dramatically in the technology-music industry, prices for sophisticated high quality specialized signal processing gear (analog or digital) are still very expensive. Mastering is a niche market and the needed specialized gear is often produced in small numbers, often assembled by hand and strictly quality controlled after assembly. Plugins are also used and are relatively inexpensive compared to their physical counterparts. Recording studios cannot afford this kind of high-priced gear for each of the many channels needed to record. In mastering, generally all that is needed is gear for two channels. In a mastering studio (apart from the typical phase meters, level meters and monitor selector), the mixing consoles used are specific to mastering needs. Here are some common features of these consoles: inserts that allow for M/S treatment, very precise high pass filters and low pass filters, flexible reordering of the different signal processor stages, easy bypassing of effects and inserts for quick A/B comparisons, the possibility to listen in mono or out of phase. These setups use cable runs that are as short as possible and simple circuits that maximize transparency.